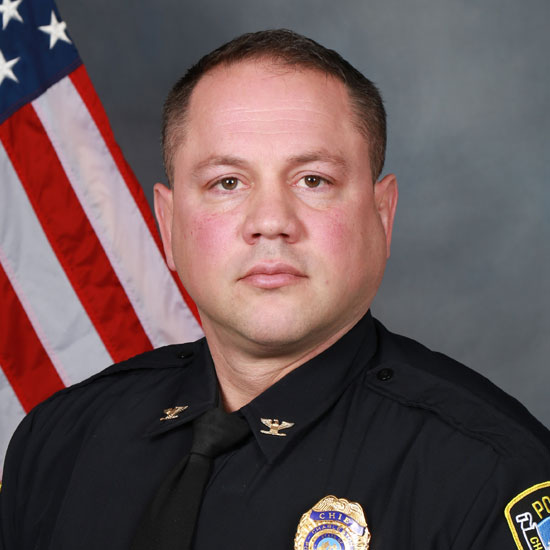 Chief James “Tyke” Hunt is a Charleston native that joined the Charleston Police Department in 2004. He grew up on the West Side of Charleston, on Garrison Avenue, and attended Stonewall Jackson Junior High and Capital High School. He then attended Marshall University and West Virginia State University, obtaining a bachelor’s degree in Criminal Justice. In his sixteen-year career, Chief Hunt has been part of several divisions across the department. After spending three years in Patrol, he transferred to the Housing Division in 2007, working with the Housing Authority and conducting investigations. He then worked for five years in the Criminal Investigation Division as a detective – later becoming the Assistant Chief of Detectives for an additional five years. Hunt then worked as the METRO Drug Unit Commander overseeing a multi-agency task force specifically assembled to combat drug crimes, before being appointed Chief of Police by Mayor Amy Shuler Goodwin on February 8, 2020.

Throughout his time with CPD, Chief Hunt has also been a Field Training Officer, Team Supervisor for the CPD Dive Team, Polygraph Examiner, Law Enforcement Fitness Specialist and member of the SWAT and sniper teams.

When Chief Hunt is not working, he enjoys spending time with his family, which includes his wife and four children, and their pets.