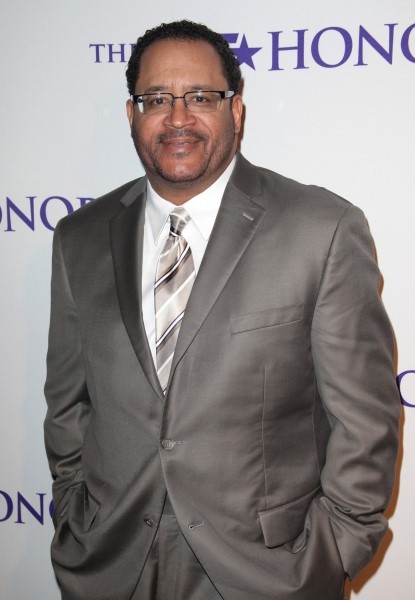 Michael Eric Dyson is one of the nation’s most renowned professors, gifted writers, inspiring preachers, knowledgeable lecturers and riveting media personalities. As a professor who earned a PhD in Religion from Princeton University, Dyson has taught at some of the nation’s most distinguished universities, including Brown, UNC Chapel Hill, Columbia, DePaul, the University of Pennsylvania, and Georgetown, where, for more than the last decade, Dyson has occupied the school’s highest rank as University Professor of Sociology.

As a writer of more than 20 books, including bestselling volumes on Martin Luther King, Jr., Malcolm X, 2Pac, Marvin Gaye, Bill Cosby, and Barack Obama, Dyson has written a few classics – among the Reflecting Black: African American Cultural Criticism, his pioneering black cultural studies book, I May Not Get There With You: The True Martin Luther King, Jr., his first book on the civil rights icon that probed his radical dimensions, Holler if You Hear Me: Searching for Tupac Shakur, which, according to Publisher’s Weekly helped to prove that hip hop books are commercially viable, and Is Bill Cosby Right? Or Has the Black Middle Class Lost Its Mind?, which helped to renew a conversation on class in black America. Dyson’s book on Cosby, and his popular volume, Why I Love Black Women, both won prestigious NAACP Image Awards for nonfiction.

Dyson’s New York Times bestselling The Black Presidency: Barack Obama and the Politics of Race in America, was a finalist for the prestigious 2016 Kirkus Prize. His New York Times bestselling Tears We Cannot Stop: A Sermon to White America, was called by the New York Times,” one of the most frank and searing discussions on race…a deeply serious, urgent book, which should take its place in the tradition of Baldwin’s The Fire Next Time and King’s Why We Can’t Wait.” The book won the 2018 Southern Book Prize. Dyson’s book, the New York Times bestseller What Truth Sounds Like: RFK, James Baldwin and Our Unfinished Conversation on Race in America, has been called by Kirkus Review “an incisive look at the role of politicians, artists, intellectuals, and activists in confronting racial injustice and effecting change,” and an “eloquent response to an urgent – and still-unresolved – dilemma.” The book was named by the Washington Post as one of the “50 notable works of nonfiction in 2018.” His latest book, JayZ: Made In America, made it to the New York Times bestsellers list one week after its release.

As a preacher and sometime pastor for the last 40 years, Dyson – who was licensed and ordained at Detroit’s historic Tabernacle Missionary Baptist Church under the legendary ministry of Dr. Frederick Sampson, and Dyson was twice named one of the nation’s 15 greatest black preachers.

Dyson has lectured across the country, and around the world, in many of the best colleges and universities, public theaters and auditoriums, and for many corporations and unions.

He has also served for the last 30 years as a media commentator and host: he has appeared on every major radio and television show, including CNN, MSNBC, Real Time with Bill Maher, and The View.